UPDATE: THIS PROJECT HAS BEEN DROPPED AS VIKI WILL BE SUBBING IT 🙂

I’ve received many requests for “Hana ni Kedamono Second Season” (Flower and The Beast Second Season) and after watching the first episode, I’ve decided to take up this project as an ‘in between’ i.e. I’ll work on this when I need a ‘break’ from other projects/RL. 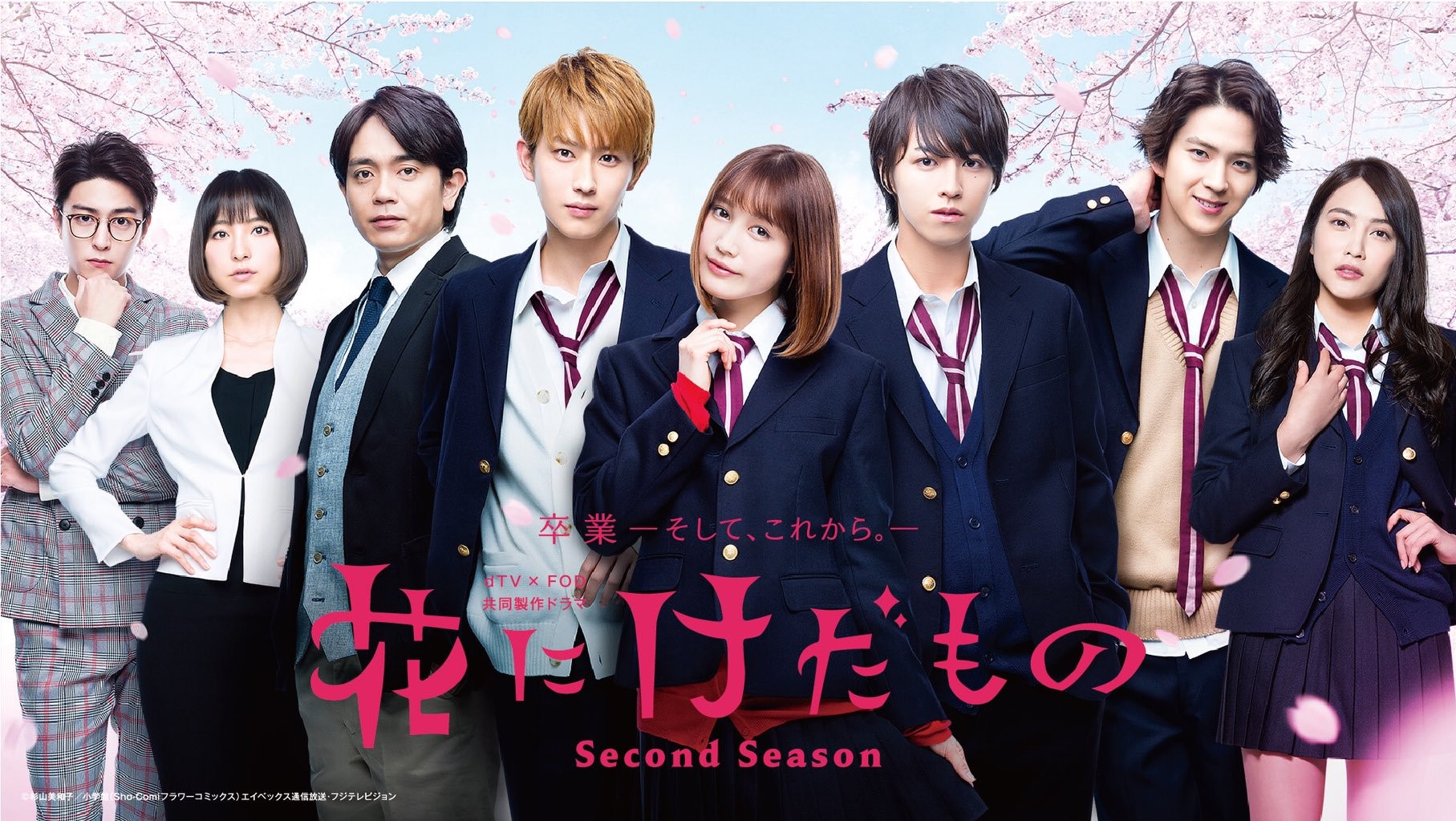 This sequel has a total of 5 episodes, and is set two and a half years after the first season. Tbh, I watched S1 quite some time ago so I can’t remember the details but I remember having a really huge issue with the lead girl’s acting lol. Apart from that, the story was alright, typical shojo stuff, and I was watching it for Sugino and Takashi. This time the five friends are about to graduate from high school and are thinking hard about their future paths etc. With the addition of the new supporting cast taking on shakaijin (people in the workforce) roles, things are looking more interesting than S1. Fingers crossed, let’s see how this one turns out!